The Meaning of Modi : by Dr. Harish Chandra (Houston, USA)

Dr Harish Chandra is a combustion scientist with BTech from IIT Kanpur and PhD from Princeton. He switched to Vedic philosophy about 20 years ago and is an authority on Patanjali Yoga Darshan and Meditation. As a Vedic scholar, he speaks and writes on various topics. His primary interest is to develop the unified theory of matter and consciousness.


Indian civilization is probably the only ancient civilization that continues to survive although in a degraded form as Hinduism. It went through a phase of decline about 6000 years ago, much before the MahaBharata war. Until then, the classic Vedic civilization guided the population toward a holistic life based on Dharma – universal principles that govern a civil society; the principles that everybody expects from others – the Manava Dharma, the humanism. Manu states that there is no Dharma beyond Truth – Na hi Satyat-Paro Dharmah. Dharma, not to be confused with religions, is fully established in a society/nation, say, if a young beautiful woman laden with gold jewelry can roam freely along the streets in the middle of a night without any sense of fear or apprehension as if she is within the walls of her older brother’s home. It is very important to understand the true meaning of Dharma to understand the point under discussion. It can be safely stated that present religions often lead one to something contrary to Dharma, sooner or later, including Hinduism. It is not far from truth that you meet an atheist who is a better human being than one following one religion or another. So much so on Dharma and religions; let us move on to the point.

The decline of Dharma led to the Hindu religion prevalent today. A number of reformers made efforts to arrest the decline until MahaBharata but didn't quite succeed and the decline accelerated. Thereafter, Shankara attempted to bring the population back to the Vedas, succeeding partly to gain inspiration from the Upanishads. The remaining task was fulfilled by Dayananda Sarasvati in the 19th century bringing the Vedas back to the centerstage with its pristine glory. Meanwhile, on the political plane, the said decline caused massive divisions that even foreign invaders began to toy the idea to dominate India. Chanakya, about 2300 years ago, mentored ChandraGupta to improve the conditions. But much later, India did fall into foreign domination. Finally, we gained independence in 1947.

However, the leadership at that time failed to consolidate the cultural ethos in 1947 and the following 67 years saw a caste and religion-based political setup. The mushrooming political parties attempted to further divide the population to create their own smaller pockets of influence for their petty gains. This finally gave rise to an immensely corrupt system that ignored the national interest and everybody looked for personal gains, the motive cascading from the top political leadership to the man on the street. The top leaders busy with larger scams overlooked the smaller pockets becoming the personal constituency of smaller leaders, the chain breaking down to the smallest area run with the whims and fancies of a local mafia leader. The Loka-Tantra had degenerated to Loot-Tantra. Innovative methods were developed to shovel India into intricate mafia style in almost every quarter of its functioning. Mafia was present in all shades and colors, and almost the entire population was part of it, except some helpless spectators. Everybody identified himself as part of one special interest group or another, seldom caring for the nation. Almost everybody was buyable, the price tag differed from some rupees to bag loads of cash. The degeneration encouraged the neighboring hostile country to work toward “inflicting thousand wounds to India to bleed it to its death”.

In such a degenerated state of affairs, Narendra Modi took over the reins of the country in 2014 on the slogan of Sabka Saath, Sabka Vikas. There is no need to list his contributions in this direction and many other things he did in national interest. The poor urgently needed roti, kapda and makan (bread, clothes and house) and he delivered on the slogan. But the true meaning of Modi lies somewhere else; the miracle is that he changed the system via inner cleansing within a period of five years that the Dharma (truth and honesty) gained acceptance. No corruption at the cabinet level in the five years would have been an unthinkable possibility but it did happen. Its salutary effect began to cascade downstream.

Let us use some figures to better understand the point though quite speculative. The country had become the playground of dishonest and corrupt people that probably only 10% of the population was honest in 2014; the Dharma existed, say, at the level of mere 10% as if we lived in a banana republic. In mere five years, the figure has touched somewhere at 20%. We foresee a new India in the next ten years that Dharma may prevail at 40-50% level, almost at par with Europe and America though we may continue to bear the tag of “developing nation” for some more years. Imagine the pride of an Indian declaring ten years hence that our nation is as honest as the civil societies worldwide. The meaning of Modi may further raise Dharma at par with Japan and Scandinavian countries in another ten years. The true meaning of Modi needs to be appreciated that he performs at the dual plane, both worldly material progress along with the much-needed internal cleansing to raise the level of Dharma (truth and honesty). In so doing, he demolishes all the divisive walls and channelize the vast population to think for the nation first. If 2014 can be characterized as Mafia’s audacity to make the people accept all the wrongdoings as the norm “Hua to Hua” – things just happen, then 2019 represents an empowered population who built the courage to say “Ab Bahut Hua” – Enough is Enough. Most importantly, the ever-present mafia will either be in jail or reformed; there is no third choice for them beyond 2019. He has already declared: India will have two classes only – the poor and those uplifting the poor. He wants everybody’s trust; the slogan has been made furthermore inclusive – Sabka Saath, Sabka Vikas, Sabka Vishvas. There is no provision for any division among the country’s population.

Try being objective. Let us list the qualities that the prime minister of India ought to possess: honest, hardworking, intelligent, shrewd to defeat the negative forces within the nation and outside too, to inspire the population to rise above division and for national interest, oratory, etc. The meaning of Modi means an optimum mix of all such characteristics. The recent human history has not produced such a character. No such leader was present in 1947 and nor in 1977 when euphoria was present to be harnessed. But the absence of a capable leader made them lost opportunities. However, the years of 2014-’19 present an altogether different process when a capable leader has generated the euphoria that is irreversible, to say the least; the next five years will reveal the true meaning of Modi and the true meaning of India, too. Hence, it is very important to further understand the meaning of Modi so that we can foresee what is in store in the future. A little historical comparison is needed though it is not very desirable to compare great personalities. Gandhiji’s contributions to the modern India were enormous. But his blunder was to sideline Netaji Bose and Sardar Patel to impose the Nehru-Gandhi legacy on the nation. In comparison, Modi = Gandhiji minus the latter’s Himalayan blunders. If we go further deeper in history, Modi = Chanakya plus ChandraGupta.

India is gradually gaining its rightful place in the league of the nations. Modi will be orchestrating huge upheavals in the world in the next few years, if not presiding over them. The overall impact will be that Dharma will shine more and in the larger part of the world. The true meaning of Modi can be explained by referring to Narendra Modi as Modi Number One. Indian population is oblivious to the fact that Modi Number One delivers development over the undercurrent of Dharma about which they may not care though indeed it is the worth of Dharma that it can make the lasting effect of development and ensure that the population is not divided among exploiters and exploited ones. Likewise, this should not be surprising if Modi Number One is oblivious to the fact that his supposed inspiration from Vivekanand and Gita actually emanates from the inspiration of Dayanand and the Vedas. We can foresee Modi Number Two inspired by Dayanand and the Vedas who will steer India to make the lighthouse for the world, generating a new world filled with universal love, brotherhood and peace within the 21st century. As such, undoubtedly, the multitude of religions and various other isms such as capitalism, communism, socialism, etc. have failed the humanity and only the true genuine Dharma based on truth (including the science of matter and non-material consciousness) and honesty can fulfill the human aspirations. Maybe, Modi Number One will graduate to become Modi Number Two. If 2014-’19 allowed us to know Modi then 2019-’24 and beyond will allow us to know the Meaning of Modi.
द्वारा Kavita Vachaknavee पर शुक्रवार, जून 07, 2019 4 टिप्‍पणियां:

​Dr Harish Chandra is a combustion scientist with BTech from IIT Kanpur and PhD from Princeton. He switched to Vedic philosophy about 20 years ago and is an authority on Patanjali Yoga Darshan and  Meditation. As a Vedic scholar, he speaks and writes on various topics. His primary interest is to develop the unified theory of matter and consciousness. 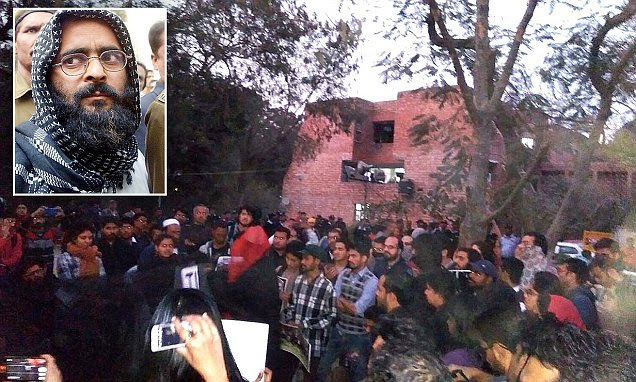